I can remember what was probably my first, or one of my first record players (turntables), and playing my favorite records all the way back to age 5, though I had it several years before that, and I remember playing it, the details are not as clear.

It was a brown standalone on a metal table about the size of a night table with one big gold and brown speaker mounted in the front.

I continuously played Elvis’ “Return To Sender”, “Honeycomb”, “Purple People Eater” any Alvin And The Chipmunks song and several others.  I didn’t often dance around the room or get a hairbrush and sing in the mirror as so many kids did, but watched the records continuously spin (as so many with Asperger’s/Autistics tend to do.  I watched in fascination for hours. 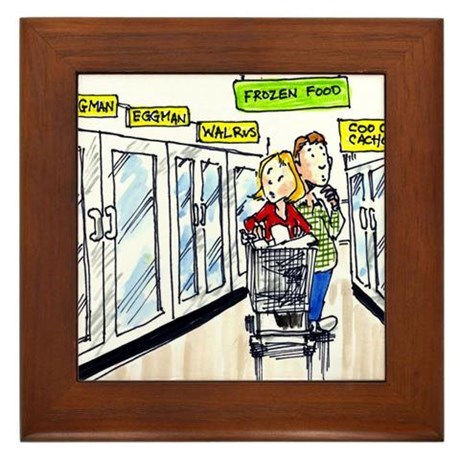 I spent a great deal of time listening very closely to the singers and guitarists and wondering just how they “came to be”.  Some records I played all day.  When I taught myself to play the guitar in my teens, I could play a number of those songs (and later the Beatles, Stones etc.), of course nowhere as well, but I could not read music either.  I’d played the records so many times, to keep my mind occupied.

Of course many know I had un-diagnosed autism, lived segregated from my family in an attic; so had plenty of time to listen to music and grew to love it.

Autism is a difficult condition to describe to others not familiar with it as it is a developmental condition. It is not a disease. It is not “a bad thing”, it is simply a different type of wiring with which science and education is just evolving to understand.

I was later blessed to have and play some beautiful guitars made by Martin (D28 and D35) and a Mossman, which was dual-backed and sounded every bit as good as my Martins but it was apparently a small indie firm which went under.   I now play the beautiful Crafter my beloved wife Lee Hiller-London gave me as a gift several years back.  It’s a long but fun story how she came to choose that gift and I’ll tell it one day if you’ve not heard it.

As I grew into an adult, (as many Asperger’s are prone to do), I found a topic I liked and stuck with it.  Asperger’s often don’t care if the topic is a pragmatic shrewd moneymaker or not, and my choice of “American Culture” was most definitely not.  I spent nothing less than a fortune buying music, celebrity, rock and roll, and you name it memorabilia.

My favorite was music, including rock and roll, especially from my various eras; mainly the 60s, but also the 70s-the 90s.

From age seven until age twenty-one or so, I guess I lived for, or to be like, the Beatles, The Stones, The Animals, Jethro Tull, Led Zeppelin and a host of other (mostly British Invasion Groups).  Later of course David Bowie and Al Stewart.  Ironically, it was the British Invasion that seemed to influence America with the most impact.

Upon hearing interviews with many of them however, it was (mostly) the Mississsippi blues and rock artists such as BB King, Muddy Waters, Jerry Lee Lewis and the usual suspects that made them tremble at the knees.  Nashville’s Roy Orbison was also at the to of their list; not to mention Tupelo’s Elvis.   Life is funny that way.

The type things I wanted to collect did not exist; that is cartoons or caricatures of the famous musicians and sometimes actors featured and engineered onto gifts and tees.

I first came up with the idea of “Panel Hollywood” and created about 200 of them (cartoons only).  I sent each one to the actual celeb, business or rock star and asked for feedback or a review. Only a very few were resistant and/or threatened to sue, but the majority were tickled pink I was “keeping their name alive”.

Some of the most appreciative were the Roy Orbison Family, Mayo Hospital, Bo Derek and several others.  It was quite a surprise. 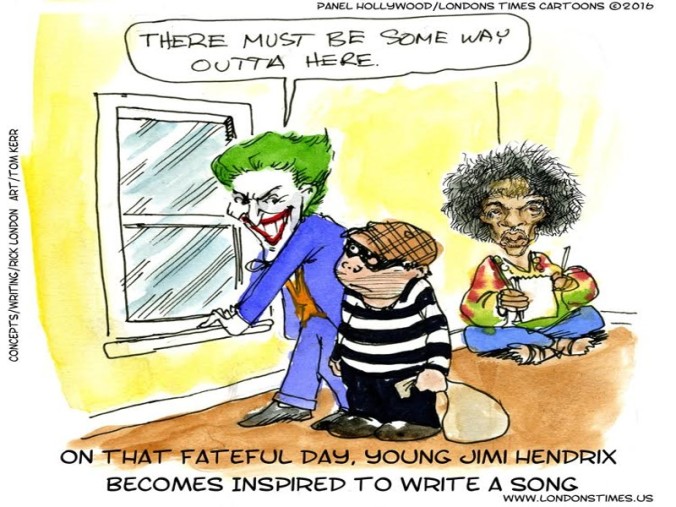 So I got to work on creating fun memorabilia to keep all their fans happy.  Roy O.’s widow Barbara, who sadly died several years ago, used our cartoon of his as their annual Christmas Card and it is now featured in the Roy Orbison Archives.  Mayo Clinic features two of them on their library wall. 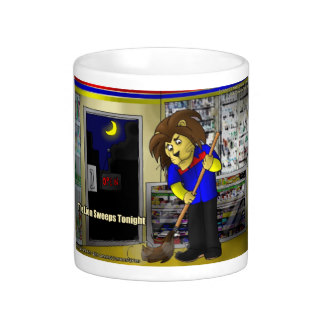 To see some of the gift ideas I designed, please visit my “Celebrity Shop” at CafePress and first click on “Music And Musicians” and then try “Celebrities And Other Famous People”.  Throughout the store there are well-known American icons that are enjoyable and make fun memorable gifts.  They are also considered collectibles; and since they are affordable, continue to rise in price the moment they are purchased.

At the end of the day (a term I never use), I’d decided I wanted to be a “culture collector” like Andy Warhol; so I’d be sort of like an “Andy Warhol Lite”.   I never got even close to that elevation. However I do own some authentic Campbell’s Tomato Soups in the can for guests.  Lee and I don’t touch (or illustrate them).

Rick London is an author, songwriter, designer and cartoonist. He is best known for the launching of Google #1 ranked Offbeat Cartoons & Funny Gifts, Londons Times.  He is married to nature/ wildlife photographer Lee Hiller-London.  They are active in environmental, animal and Autistic causes.  Rick’s entire humor gift shop can be seen at Cafepress.