Beginning this past January 2016, in the UK, neglecting (willfully not getting diagnosed) an autistic or otherwise disabled child, and instead, putting him/her in unbearable living conditions such as isolated attics, basements, cages etc. (which is severe torture same as prisoners of war and banned by even the Geneva Conventions), and/or manipulating the child financially in childhood and at times into adulthood may result in a felony with 14 year federal prison sentence
For an NPD family model (Narcissist Personality Disorder) the scapegoat child being
created (they don’t “just happen”)  only need to be treated dramatically different than the other children, or if an only child, neglected, abused etc.  If the parents have the resources, it is ideal to build an attic and/or basement, with “all the accouterments”. It is the bedroom that “everyone wants”…the “cool bedroom”.  That seals the ruse. Nobody suspects a thing….except the savvy psychiatric community and many film producers now.  They “get it” the minute they see it.

As predicted, America is quickly following suite. It is so good to see this atrocity corrected for this new generation. Two thumbs up for the UK and USA. Real civilization before our eyes…. and the culprits are falling into the fringes of society (just don’t realize it now). Always, please always, keep these, and every other case of which you hear or see alive. 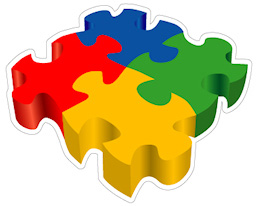 Keep a candle lit for these domestically-neglected/abused disabled. Thanks.
http://bit.ly/chldabsee
Report quickly if you even “have a bad feeling” from what you’ve seen; yes in your own neighborhood. NPD (Narcissistic Personality Disorder) is pandemic in our country. It doesn’t always involve an attic, basement etc with “a wayward neglected child in it) but often does. Otherwise, America could easily fall back into the dark ages.
In America, it is now considered domestic violence and severe neglect and (from what is predicted) the laws are getting much more stringent). One can only hope/pray so.

Some with Aspergers/Autism Turn Out Fairly Successful If
Recognized And Diagnosed Young By Caring Parents (See Above). Let’s open
the gates for all the rest.
Those who are decent, please never remain silent, ever. Fighting for this new generation of children, to prevent the atrocities, is the only humane thing to do. To remain silent is to remain who you were. If you are satisfied with that, then by all means do so. If you want to help children without a voice from suffering needlessly PLEASE SPEAK UP. You’ll be okay. The Narcissist/bullies can no longer (legally) hurt you. You can fight back with huge support.

Disabled people are now officially the largest minority in the world, and clearly I am not the only one who was neglected, isolated/tortured and lied about (so as to be a “bad child” rather than a disabled/autistic child).
I feel confident as we find out more about this monumental population of disabled and/or autistic people on our planet, millions were treated as if they didn’t exist. In fact most their families/later communities too, wished that.

Now the communities are discovering who the real monsters were/are, thank God. It may take time for it to sink in, for the communities not to feel intimidated by the monsters (who actually it turns out are generally well-dressed and/or behaved cowards), and speak out with impunity.
From what I understand they will have to, or the rest of the 21st Century will pass them by. And that would be a shame that a few powerful narcissists can hold an entire society hostage to continue their brutalization of the disabled and Autistic. How much hate can someone have in them?

http://www.disabled-world.com/disability/statistics/
I want to recommend a film that my beloved wife Lee Hiller-London had seen and suggested I see. Thank God I did. David O. Russell got it totally right in “Silver Linings Playbook”. The cast was perfect. The golden child was perfect, the scapegoat in the attic, and Robert DeNiro got the “distant father” perfect and his wife played the enabler as well as anyone could. The “wayward adult child/now adult in the attic”, turned out to be “the sanest one”. Please see this film. Russell doesn’t make such films unless he knows there is a huge audience, and he knows. It’s pandemic. It sold a lot of tickets for a reason.
http://www.imdb.com/title/tt1045658/
————————————————————————————————————
Rick London is a writer, designer, songwriter and cartoonist, best known for his launching of Londons Times Offbeat Cartoons & Funny Gifts.   He is married to nature photographer Lee Hiller-London (Lee Hiller) Nature/ Wildlife Photographer and founder of HikeOurPlanet.com
#crime #torture #autism #disability #ada #americanswithdisabilitiesact #recovery #happiness #lifestyle #success #autism #aspergers #mentalhealth #mentalillness #culture #society