These days, I probably move a little slower, my hearing is not as good, and my fashion statement includes 2 pair of navy sweats that fit fairly well.

I launched Londons Times Offbeat Cartoons and Funny Gifts on March 19, 1997 (22 years ago).  Most of you know the odd story of how I decided and where I got started.  Without going into detail, I’d not recommend my beginnings to anyone, but if you are working without much cash, and zero community support,  sometimes it’s the only way.  Bare bones.

22  years later I look around at my positive environment; an attractive yet modest mountain residence overlooking Hot Springs Mountain and the cascade waterfall.  I turn around and there’s my beautiful supportive humble wife, Lee (Hiller-London) who I’ve said from the start is the “real talent in the house”…and that is true.  Her nature photography and  are truly worth seeing as are her designer gift shops. (Hike Our Planet and LeeHiller.Com).

I love Hot Springs.  It felt like the home I never had.   Once the residents get to know you awhile, they are your neighbors, friends, and supporters.  This is a magic place, and with so much easy-access to natural beauty, one can’t help but be inspired to create.

Lee agrees. She is a native of Portland, Or. and has an amazing work ethic which is contagious.  At this point in any creative venture it is easy to become burned-out, bored, anxious, wanting to go back to school, wanting to commit to a newer bigger better project….yada yada yada.  But I procrastinate and the years pass.

However, I am on the first draft of my autobiography.  For some reason, I’ve been stuck on page 90-something for several months.  Am not sure why, but writer’s block happens, especially when I’m wearing numerous hats.  I will have it published by next year.  I have talked to several people who make movies who have seen the “elevator pitch” of my story and are interested.

As a human with feelings, I believe it to be a story that should be told.  As an autistic, diagnosed at age 60, but abused to the point of cPTSD as a child by being made to live in an attic (“bedroom”) away from the rest of my family,  I believe it is a  story that must be told.

I’ve never really talked about the creative process (when I used to write a lot of blogs).  Maybe this is a good time to do so.

First and foremost, I don’t have a clue how creativity works.  I have, however, learned how it works best for me.  I have tried a lot of different things over the years.  I have observed that what works for me does not necessarily work for everyone else, and vice versa.  But many of my kindred creative friends/spirits pretty much have adopted similar elements in their own endeavors.

I have noticed a lot of people are very competitive in the cartoon and comic gift business but I don’t use that approach.  I love watching people be creative and successful.  I look at it as an “inspirational roadmap”.

I also believe the more that become successful, the more interest people take in this “therapeutic millisecond” called “comics”.   It’s therapy for us too.

I say us because LTCartoons.com is a team.  Not all cartoonists draw their own cartoons.  The one I learned about first was Walt Disney through an early caring “phone mentor” Charles “Sparky” Schulz of Snoopy fame.

It’s a long story.  We love doing it and I’ve worked with numerous talented illustrators nearly a decade such as Tom Kerr and Sergey Rudenko. While I can draw a little, not well enough for the vision I had/have for LTCartoons. So we’re a team of a writer/concept man and illustrators.

In my early days I worked with illustrator Rich Diesslin for about a decade.  We continue to associate for the occasional deals that come our way.  Rich also managed my site.  I was a latecomer to the Internet and didn’t know html from IBM. Rich has three cartoon properties of his own now with some great “creative real estate” there.

These illustrators are amazing talents and I get the special privilege of working with them simply because I can “think of funny things”.  Thinking of funny things was how I survived growing up with Autism, and not understood by many.  Now I don’t have to use it as a defense mechanism but as a creative outlet that keeps me productive and is often useful (friends tell me). 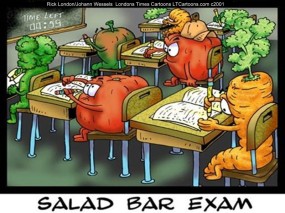 Another “trick” to the trade is keeping ones body and mind in as good a shape as possible.  We don’t use drugs (except the ones I have to take to stay alive…I have congestive heart failure, type 2 diabetes, peripheral neuropathy …My “hidden Hippa” looks like an organ recital.  Drinking is also a no-no as is tobacco (even vaping) in our lives.  Lee and I even gave up coffee (our last holdout) several years ago and never looked back.

We’re both vegans and have been about 8 years or so;  Lee a year longer than me.

I don’t mention all this for bragging rights or to be condescending, but as a prelude to the fact that my creative abilities have increased, rather than decreased over the years (I’m told).

One is never too old to start that creative venture they’ve been hiding away for years or even decades.

The moral of my story is, “Don’t necessarily do what I do”.  I may change some or all of that in the next decade.  But for now, I easily see, as hokey as it sounds, the more I do it, the more something that might be described as a “creative channel” opens and I pull out a pen and pad and write it.

(Above Cartoon is a collaboration with Rich Diesslin)

As Lee might tell you, it’s often during a hike that one “comes to me”.  So nature plays a big part in freeing me of cobwebs that so easily block that creative channel.

I know it is cliché’ to say but thank YOU for LTCartoons.com.  I never thought I’d be doing what I’m doing.   It has been your support and encouragement that has been a major factor in “my little project” turning into something I enjoy doing.

I remember early steps including surfing the web and researching even though there wasn’t much there.  I also found masters in the trade (Sparky Schulz was but one of them), and absorbed all I could.

If you want to turn your new hobby into a business, the net is full of wonderful articles and the SBA offers excellent webinar classes that offer a lot of useful information.

Ready to do a creative project of your own?   To borrow a phrase “just do it”.  And then keep doing it.   Find your own right way.   Lee does hers different than I do and that works for her.  In time, you’ll “find your groove”, if you’ve not already.

Rick London is a writer/cartoonist who lives with his wife Lee in the Ouachita Mountains Of Arkansas.  He considers his home Hot Springs.  He launched Londons Times Cartoons & Gifts in 1997.  It became Google #1 ranked in 2005 and has been ever since.  His offbeat cartoon website has attracted 8.9 million visits since 2005 and his Rick London Gifts Funny Giftshop remains #1 ranked.