I used to write “the story behind the cartoon” and some friends seemed to enjoy it. I got busy doing other things, and never found time for it.

About a year ago I wrote a cartoon that (I had a feeling) not many would “get”, and I don’t say that condescendingly. I would not have gotten it if someone else had written it.

I realized after publishing it on my website, unless someone knew me growing up, they might not have a clue.  Even my wife Lee, who I’d not met until adulthood sort of scratched her head.

Every now and then someone looks at it, and moves on to another less complicated one.

The story behind this cartoon that I titled “Recalculating” is more of a self-serving lump of nothing than anything with a moral or lesson.  (Not that cartoons have to have morals or lessons).

Growing up, I was what one might call rebellious; but only symbolically.  Yes, I went through some of the same things that others did, but my parents always had that “invisible leash” and I knew it.

So my rebellion manifested into hair down to the shoulders, bell bottom jeans, black lights and posters, smoking pot (and inhaling) etc.

I had no idea why that was my what my life had become, or even why it seemed attractive.  I imagine peer pressure had a great deal to do with it, and that was that.  I have to admit, at age 15 or 16 or so, shocking ones parents (in the late 60s-early 70s brought great pleasure to a “rebel without a clue” like me.

In my twenties (at some point) I realized I was going to have to learn to make a living.   I was terrible at real estate (which was the family business), due to undiagnosed and misdiagnosed learning disorders, most of which were not even addressed until my 40s.

I learned that I could write, which was odd (given that I’d not read an entire book cover to cover until I was 28 (“Being There” by Jerzy Kazinsky). I later met Jerzy and got some “insider information” into the book and film.   That was fun.

In my 30s I lucked into a cushy Washington, D.C.  job and the world was rapidly going from 60s (hippie) to 80s yuppie, and I had to make a choice.  Suddenly I was editor-in chief at a major radio network.  I hesitantly chose yuppie as “that was the Washington way”, but never really gave up my 60s rebelliousness.  I kept it in the back of my mind as I got up and made it to work early in the morning and left late in the afternoon.  I jogged later and played Trivial Pursuit with my morphing yuppie neighbors on Capitol Hill.

I later opened a bus tour business that did well and sold it.  I moved to California, mainly because I was burning out from the speed-of-light “Washington ways”. I figured L.A. would help me “chill” and get back to my hippie roots.  That’s what I figured.  I had failed at many more businesses and projects than those that succeeded.

By then there was no looking back.  The days of “hippiedom” were gone, even in L.A.  I had a friend who owned a car lot and he talked me into going to the auction with him and made a bid for a used Mercedes in very good shape, at the price I used to buy my junker muscle cars in high school.  It was official. I was a yuppie, but still with the resentment of having to be one, as I’d invested so much into that long hair and so many nice tie-dyed shirts.  Sniff.

The years went by, and suddenly my home in the burbs was swallowed by the Northridge Earthquake.

I realized at that moment I had made “so many plans” and the universe had other plans for me.  If there is a God (and I believe there is) He must have been watching out, as the life I live now, is quite nice, I couldn’t have dreamed it, frankly….but it is nothing like “what I planned”.  It’s healthy.  I love my wife, Lee.  We have similar interests.  And like any couple, we don’t agree on every topic but that’s okay.

We both decided to get healthy (rather than give into being sickly, which would have been an easier route, we decided to expose ourselves to healthy things, people,  get to know nature, and love life just as it is.  That’s not easy (in the start) when one has been “chasing some unknown” for many years, but it makes a lot of sense now.

And every single screeching on of breaks, from as far back as I can remember in my life, and restarting, was nothing more than “Recalculating”; just like the robot-woman in our GPS.

Hence my best explanation for this cartoon…..”Recalculating”.

I’m not sure when I started procrastinating but if legend has it correctly it was around age one….one day old. I was born a few hours late….but I had “things to do”.

Most people grow out of “the procrastination game”….I grew into it.  I try to be at least 5-10 minutes late to anything.  That way, I feel important, yet not too important.

For the first time since I can remember, I am more than a few minutes late on an important project but it is due to circumstance beyond my control.  Londons Times Cartoons (my cartoon property) which I launched on March 19, 1997 turned 18 years old last week, oddly enough on March 19, 2015.  Man has time flown.

I am not sure how many people have edited graphics and added text to a Kindle book, but if you have, you are aware that in the best of conditions, it takes patience, concentration, and such.

Though I didn’t have those qualities in my youth, I did have parents, teachers and other caring adults who wish I did.  And I probably would have if they’d discovered some of the learning disorders that took me about 50 years to even get started fixing and/or treating. 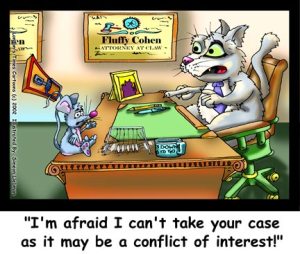 I had one high school teacher who made it a point to remind me that I didn’t have those qualities in front of the other kids.  While he was trying to embarrass me, he only made me laugh, often really hard as I was a regular fan of an 100,000 watt radio station in Little Rock KAAY-AM which featuring a show called “Beaker Street” at 11pm CST. It played such bands as King Crimson, Black Sabbath and other fringe musicians or songs over three minutes.

This teacher however reminded me of a line in Arlo Guthrie’s Alice’s Restaurant when he was meeting his new “friends” at the “Group W Bench” at the draft board…., “He was comin’ over to me, and he was mean and Ugly and nasty and horrible and all kinds of things, and he sat down next to Me. He said, “Kid, what’d you get?”

I said, “I didn’t get nothin’. I had to pay fifty dollars and pick up the Garbage.”

I finally decided to tell my friends why I was cracking up every time the teacher did the “shame thing”.  They immediately started laughing as, they too had KAAY-AM on when they were supposed to be sleeping. 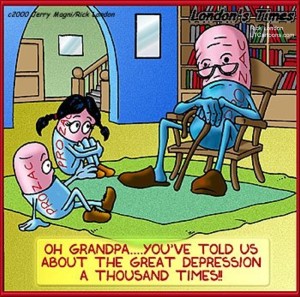 We all told how we were able to listen to it on our little transistor radios. I built a “bed tent” out of a lot of blankets that muffled the sound to where my parents couldn’t hear it; or so I thought.  Truth be told, I found out later they were glad I was at least listening to music rather than sneaking out and getting in trouble like a lot of other kids did.  Of course I only did that on weekends.

Anyway, my friend Donzo, upon hearing of my injury earlier this past March and inability to finish my book and get it published by March 19th suggested I release it on April Fools Day. Since it is a book full of cartoons and silly quotes, I thought to myself, “Yes, yes yes”.  Okay maybe two yeses but it was a definite consensus between the left and right side of my brain.

I tried but the age-old “Procrastination-Process” settled into my brain and told me I had a million other things to do, and so I did those other things, while I worked on my book a little each day.

The point is, the book is written, drawn…finished. 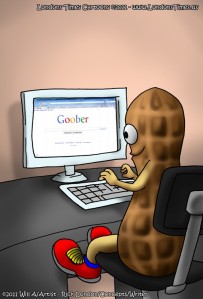 But I’m not. I have to organize it all onto the proper pages, fit the graphics to the standard that Amazon says I do, put the name of each page at the top left so the Table Of Contents will “see” it and print it, etc.

Just writing about it makes me tired.  I think I’ll hike tomorrow with Lee and let you know how the book is going and my new scheduled date of release.  You will be able to see it on my Amazon Author Central Page (and later at Barnes & Noble).  If it sells well I’ll have it published into a paper coffee table book and it will be available also at other chains and indie book stores.

The good news is that the finished product will be edited and uploaded by my beloved (and talented wife) Lee Hiller-London so all will work out fine.  Thank you baby.

Rick London is a writer, designer, cartoonist, and musician.  He is best known for his Londons Times Offbeat Cartoons and Funny Gifts.   He is married to popular nature photographer and gift designer Lee Hiller-London (Lee Hiller).