A little over a month ago in Sanford, Fl, a suburb of Orlando,  an unarmed minor named Trayvon Martin was shot and killed by an armed self-appointed Neighborhood Watchman George Zimmerman.  Zimmerman called 911 before shooting Martin.  He’d called 911 “for suspicious-looking characters” 46 times this year before encountering and stalking Martin and “finding him suspicious too”.  The call before Martin was about a week earlier “Two black youths, about age 7 and 9”.  Martin had been at the neighborhood convenience store where he’d walked to buy Skittles and iced tea where he was described as “Not suspicious and just fine” and was on his way walking home. That was approximately 5 minutes before Zimmerman found him “suspicious” and began pursuing him in his SUV armed with a loaded Kel-Tec PF-9 9mm pistol. Zimmerman is the son of retired Judge Joe Zimmerman, whose career was in Va. but retired to the Sanford area of Florida where he was known to be “very well-liked”.

Now the U.S. Federal Department Of Justice has landed in Sanford and both Zimmerman and the Sanford Police Department are under federal investigation.

Here are some of the major items bothering the DOJ:

2. Trayvon was not armed.

3. George Zimmerman was armed with a semi automatic gun.

5. George Zimmerman was told by the 9-1-1 dispatcher not to pursue ‘Trayvon Martin.

6. George Zimmerman did not want to give the police dispatcher a location where the police could find him, but instead indicated that they should call him when they arrived, suggesting that he might be moving around, or that he wanted some warning before the police would see him.

7. Somebody was yelling for help before the sound of the gun shot.

Trayvon is not around to give his version of the events leading up to his murder. However George Zimmerman suggests that the killing was in “self defense” and that he was entitled to stand his ground, and protect himself. Here a just a few problems with his story, assuming only the undisputed evidence.

1. Why would George Zimmerman call out repeatedly for help if he had a gun?

2. Why wouldn’t George Zimmerman agree to wait for the police at an agreed upon location?

3. Why didn’t George Zimmerman go to the hospital to be checked out before going to the police station? If he had actually had his head beaten into the sidewalk, shouldn’t Zimmerman and the police be concerned about a bleed in the brain, or at a minimum a concussion? The broken nose and lacerations on the back of his head would have been sufficient reason to seek medical treatment. However the potential for a cranial bleed or concussion would have necessitated medical evaluation.

4.  If George Zimmerman was afraid for his life, why didn’ t he wait in the safety of his car or Mary Cutcher’s apartment until the police arrived?

Ever wonder how George Zimmerman eluded court or jail in two cases of domestic violence, 1 case of resisting arrest w/o violence, and one case of resisting arrest with battery against a police officer?  And now after interviewing Zimmerman for the murder of Trayvon Martin, (Sanford’s one honest investigating homicide officer) Chris Serino (who demanded charges of manslaughter against Zimmerman as he says none of Zimmerman’s story added up), was overridden by “friends of Zimmerman’s dad from the state attorney’s office”.  Serino fortunately knew something was rotten in Sanford City and wrote out an official protest and an Affadavit” anyway and which is on  record and why.

Had the state or DOJ not gotten involved, that would have been the end. Just like Syria. Just like Iran. No court case, no nothing; just a police state; exactly as is utilized in countries we are trying to teach how a civilized society operates. The DOJ, though hard at work,  must be having a field day with all these new discoveries coming in at almost an hourly basis.

Every single honest police and/or judge in this great land, should be furious over the way this is playing out.  How would you like all your hard work to go down the drain because “somebody knew somebody’s dad (a judge)  4 times (at least 2 of them felonies with no court trials, one battery on a policeman!!!)”?  PS Zimmerman’s “best friend” Joe Oliver now admits they are only “casually acquainted and he knew nothing of Zimmerman’s past” but please “trust me based on my gut feeling”…..; so his major defender is now useless to him with zero credibility. 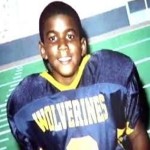 But….again lets let the DOJ (Sanford’s new justice system) do their work.  But for those yelling that, it does not mean to censor or intimidate anyone posting news  and/or opinions as they happen.  That is the way its done in Iran, Syria etc. not America.  We all get to speak our minds here no matter our opinion.  Make sure of that, no matter how you feel about this case.  It’s our duty to let everyone with every opinion speak out; if they find it important to do so.

By the way, I find it hideous that the “New Black Panthers” have latched  on to this tragedy and turned it into “their cause” to put their name in the limelight. They are not needed and impede the important work of the DOJ. It is clear their motive is not justice in this case, but to provide their own justice in this case. They already have stated publicly they do not follow U.S. law, which means they may try to impede it.  They have every right to be there, however, until/unless they do, and if they do, they too, should be arrested, and sent back home.  America will not let them impose their own “law” on a case this important, a case that almost didn’t even make it out of the morgue, except for a ringing cell phone that went unanswered for three days.

It is tacky that Sharpton et al show up but what does he not show up at? He never met a media event he didn’t like.  But that doesn’t change the facts of this case. I happen to find it important because it sets the bar for justice for everyone which is very important.  No case should end with a state attorney office opinion and no court trial. Sharpton and friends find it important because it makes them feel important. And that’s sad.

No matter what the outcome, that is, whether George Zimmerman is found guilty or not guilty, the fact that this case did not end at the morgue, and that there is now a chance that justice will be served because of one honest homicide police officer, a dead child’s cell phone that didn’t quit ringing, and a panicking coroner, the world now knows the story of Trayvon Martin’s trip to get Skittles and Tea.  And the case may or may not turn out the way we think it should.  But at least it will not end up as the corrupt Sanford Police Department and State Attorney’s Office Of Florida (who has now thank God been taken off the case) wanted it to turn out.  Just another dead black kid wearing a hoodie who ran out of luck in Sanford, Florida. 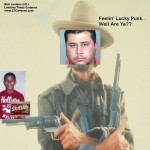 Rick London is a writer, songwriter, cartoonist, designer and Internet entrepreneur.  He founded Londons Times Cartoons (LTCartoons.com) in 1997 which have been the number one Offbeat Cartoons (Google & Bing ranked) and funny gifts since 2005.  He recently founded Planet Hoodie which sells funny hoodies featuring LTCartoons.  He also is fond of hiking with his wife nature photographer Lee Hiller-London, the founder of HikeOurPlanet.com.

One thought on “Just Another Dead Black Kid Wearing A Hoodie In Sanford, Fl? by Rick London”